Want to kick-start your career in Python technology, then it is the right choice for the job aspirants as there is a huge demand for the Python Developer Expertise. See the below best 5 reasons to learn Python and fall in love with the technology to have a bright career graph.

Have a look at the below major features and applications by which the aspirants will choose Python as their programming language. When the technology is in the nascent state, it is the right time to dive into the technology and get a job in the reputed companies.

A career in Python technology

Python Developers are considered the hottest job in the current IT Industry and they are the highest salaries takers in the companies when compared to other job holders. There are incredible career opportunities in the Python technology to enhance career graph.

Python is used in Data Science and Artificial Intelligence

Python is the leading language of many data scientist where the technology also deals with tabular, matrix and statistical data. Artificial Intelligence is also considered as the next huge technology in the current IT world where Python also an aspect of the technology as most of the subject deals with the trending technology. So, to have a bright future it is better to take Python Online Training at Exolearn Training Institute to become experts in the technology and get a job in the top-notch companies.

Python- It is a scripting language and automation

Python is a programming language and also a scripting language where the code is written in the form of scripts and executed. One can easily automate various tasks with the help of a python program.

It is highly used with Big Data

Python technology handles a lot of hassles with data and it also supports parallel computing where you can use the technology for Hadoop as well. The combination of Python and Big Data has incredible career opportunities in the technology where one can easily grab the job in reputed companies.

Python technology is great for validating the ideas and products to establish a company and boost its revenues. The technology has equipped with many built-in testing frameworks which also covers debugging and fastest workflows.

Python technology has various sets of frameworks for developing websites and it also helps to make the code a lot faster and stable.

The technology is highly portable and extensible

Python language is a highly portable and extensible where it allows you to perform the cross-language operations in the best way and also supported by most of the platforms in the current industry world.

It is simple and easy to learn

Python technology is simple and easy to learn where is it is a highly powerful language. The technology is the free and open source, high-level, interpreted and blessed with a large community.  The career in Python is the right choice to enlarge the career graph in the trending technology.

So, without any second though simply kick-start your career graph by taking Python Online Training at Exolearn Training Institute. 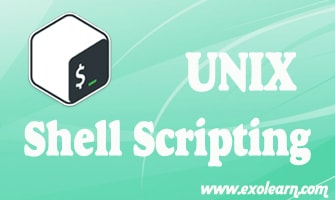